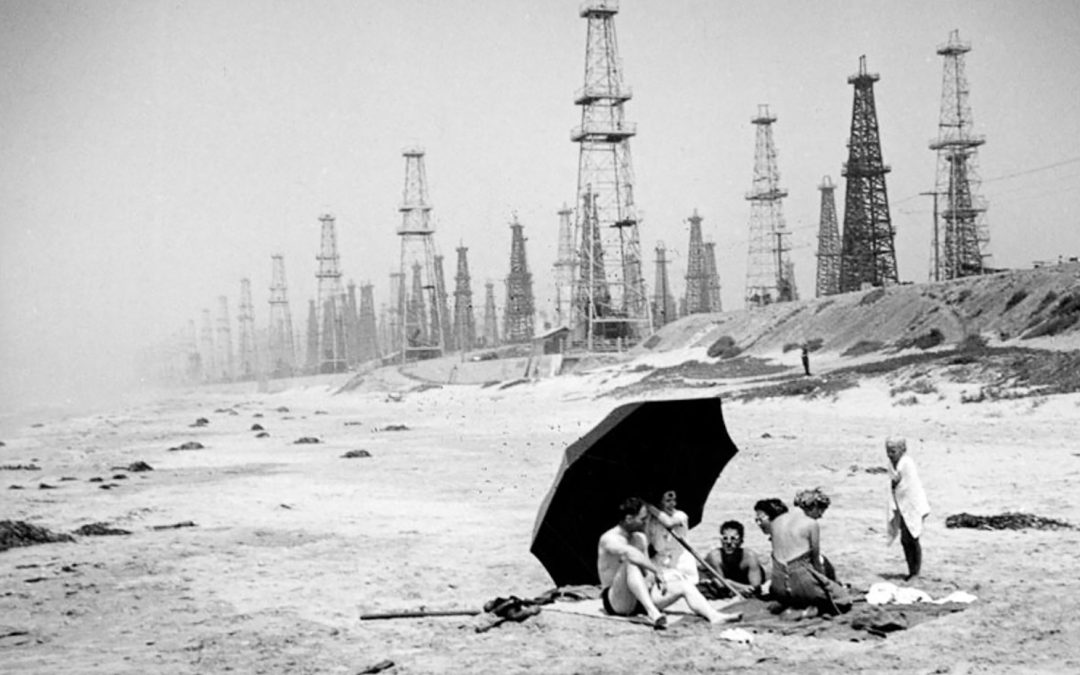 It’s easy to daydream about California beaches in the middle of winter, especially when eight feet of snow is piled outside one’s window. I enjoy life at the 6200-foot level, but this is the time of year I’d also enjoy some warm sand under my feet. And additional thoughts have invaded my mind the past couple of years—threats to the state’s pristine coastal lands.

This year is the 50th anniversary of the Santa Barbara oil spill. In January and February of 1969, a huge blanket of black muck drifted into the Santa Barbara Channel in Southern California. It was the largest oil spill in United States at the time, and now ranks third following the 2010 Deepwater Horizon and 1989 Exxon Valdez spills. It remains the largest oil spill to have occurred in California waters.

The history of California oil is a story of exploding development. In 1865, the Union Mattole Company started producing oil along the north coast of California. By 1920, the state was producing seventy-seven million barrels of oil a year, and vast stretches of the state were occupied by derricks, drilling rigs, and refineries.

Some of the most shocking examples of unbridled California oil expansion could be found in the southern part of the state, including Venice (Marina del Rey), Long Beach, and Huntington Beach. Forest-like clusters of oil derricks choked these lands, and spread all the way to the shorelines. Oil spills and derrick fires comingled with residential neighborhoods, pristine shorelines, and California’s famous beach culture.

I was about ten years old at the time of the Santa Barbara oil spill, and one particular day at the beach is drilled into my memory. As I enjoyed the surf, something brushed against me in the water. I soon realized about a third of my leg was covered in thick, black tar-like oil. I had heard about the oil spill near Santa Barbara at my school, and a friend told me oil was nothing more than dead animals buried deep inside the earth. All of our cars were basically fueled by this dead stuff, and now it was spilling into the sea, killing everything in its way. These thoughts bounced in my head as my father scrubbed the oil from my leg with a rag soaked in gasoline from our family’s car.

Marking the 50th anniversary of the devastating Santa Barbara oil spill, California state Senator Hannah-Beth Jackson introduced a bill last month that would tighten rules governing the construction of oil pipelines. The bill, which comes in the face of reported plans by the present administration to limit states’ abilities to block pipelines, would require all pipelines in the state be operated according to California laws, preventing operators from following less rigid federal laws.

My daydreaming is interrupted by the sound of a snowplow rumbling down our street. I hope to visit the coast within the next couple of months (even though it might not be the warmest of weather), and I’ll bask in whatever late-winter sun happens to shine, or maybe I’ll sink sublimely into a foggy seascape. One thing is for certain: we need to remain vigilant in supporting all the people who work so hard to protect our iconic shorelines. Keep the California Dream alive. 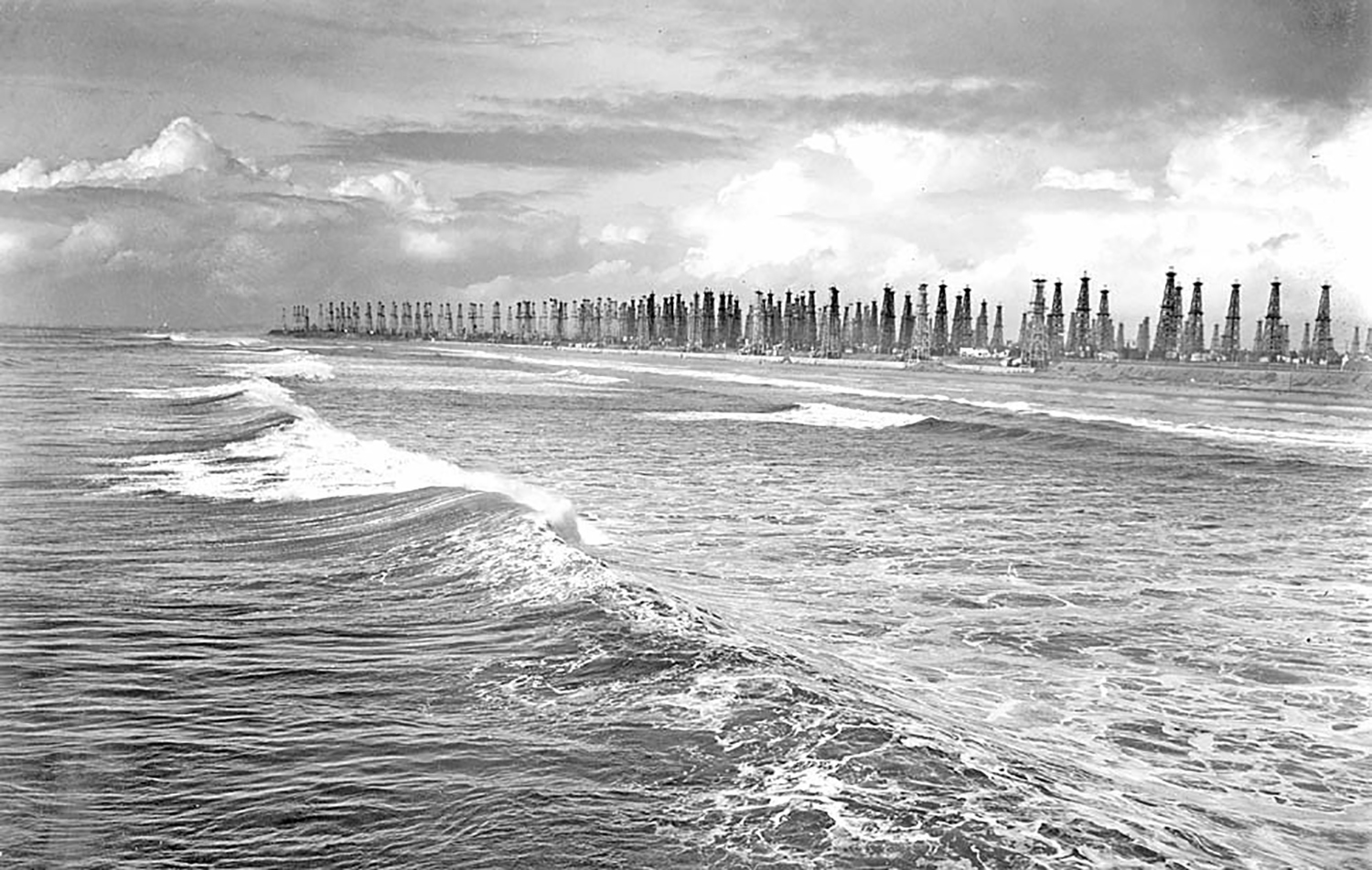 The Huntington Beach coastline in 1940 was a forest of oil derricks. 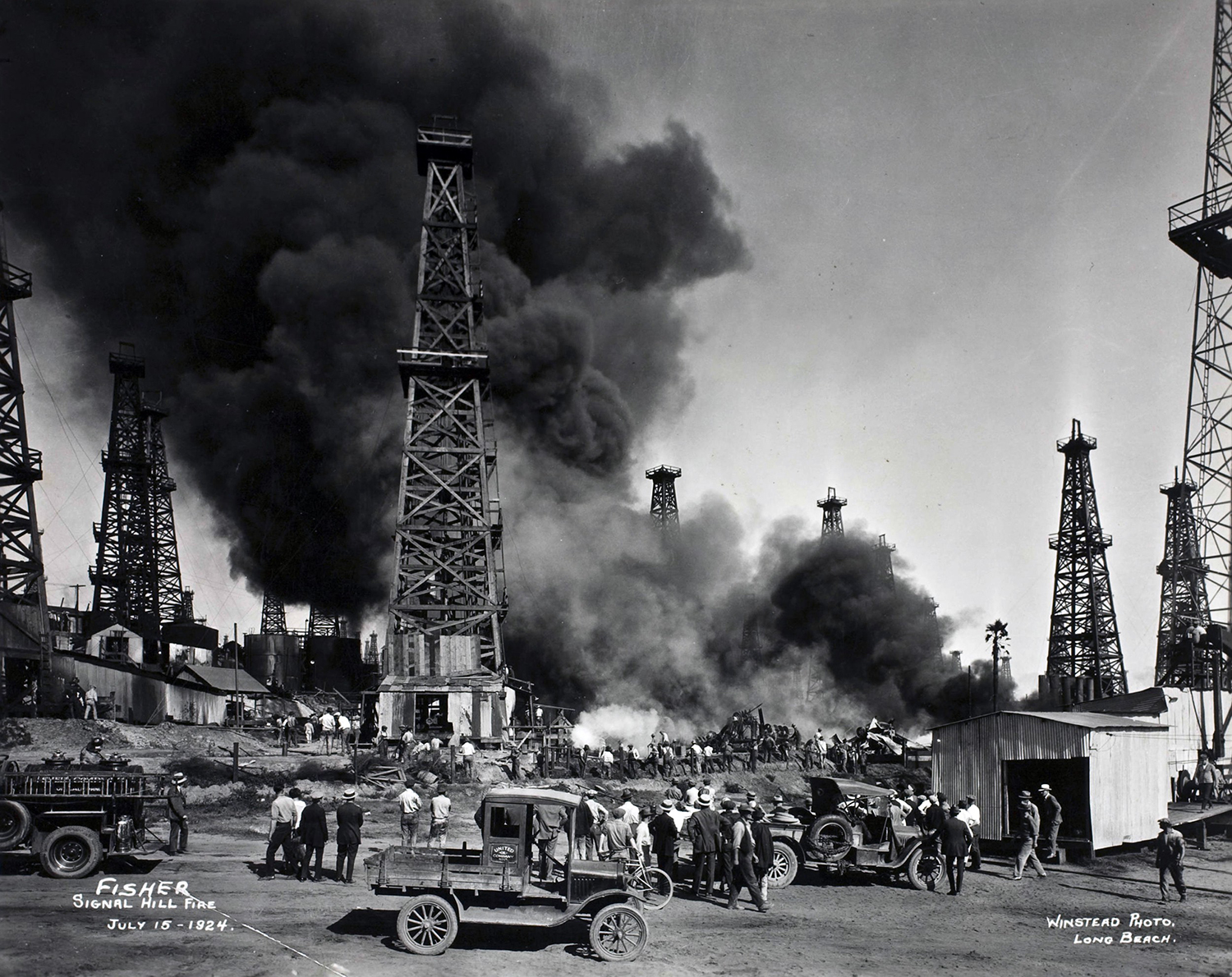 The Signal Hill fire was one of the largest fires in California history.

A day at Huntington Beach. 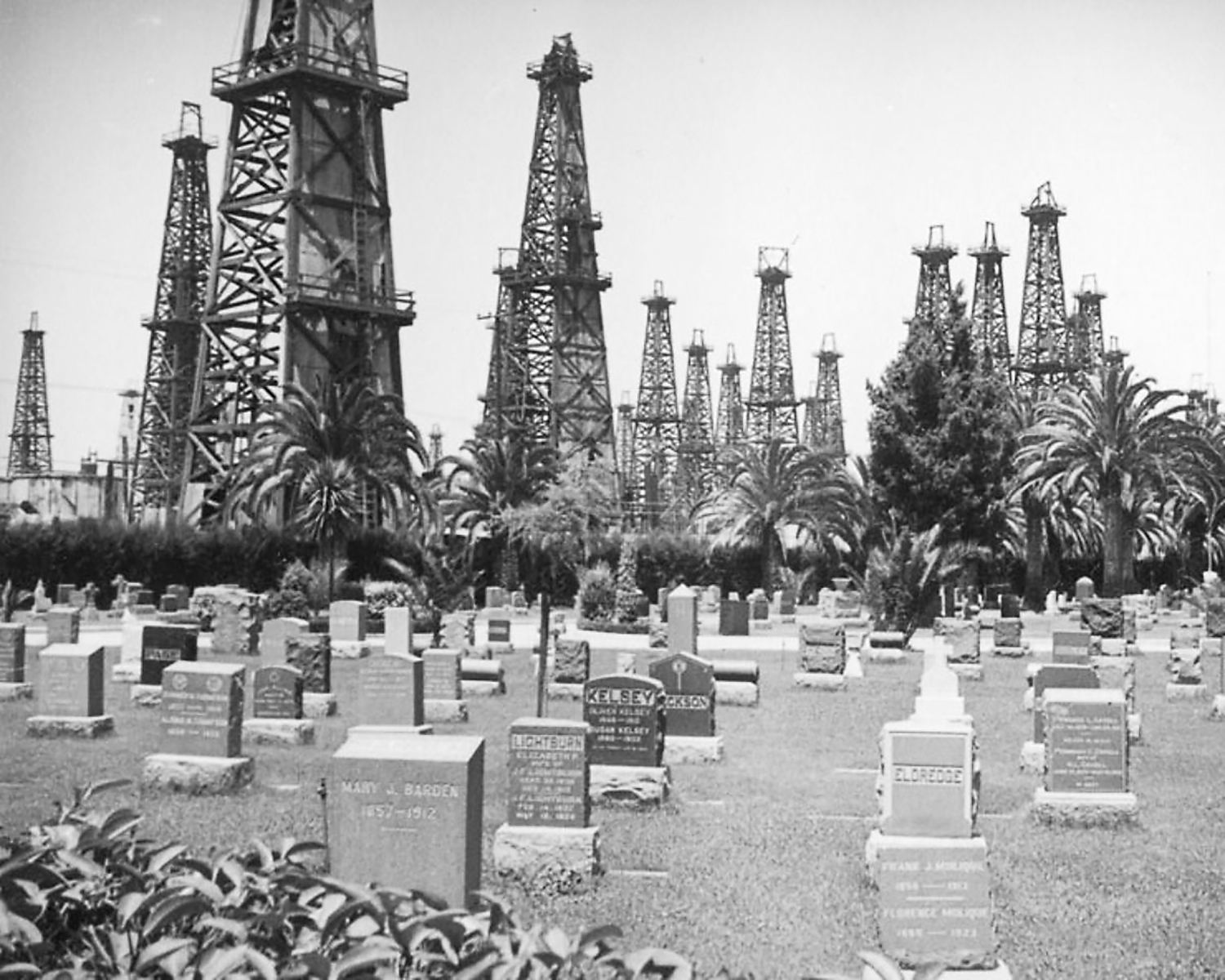 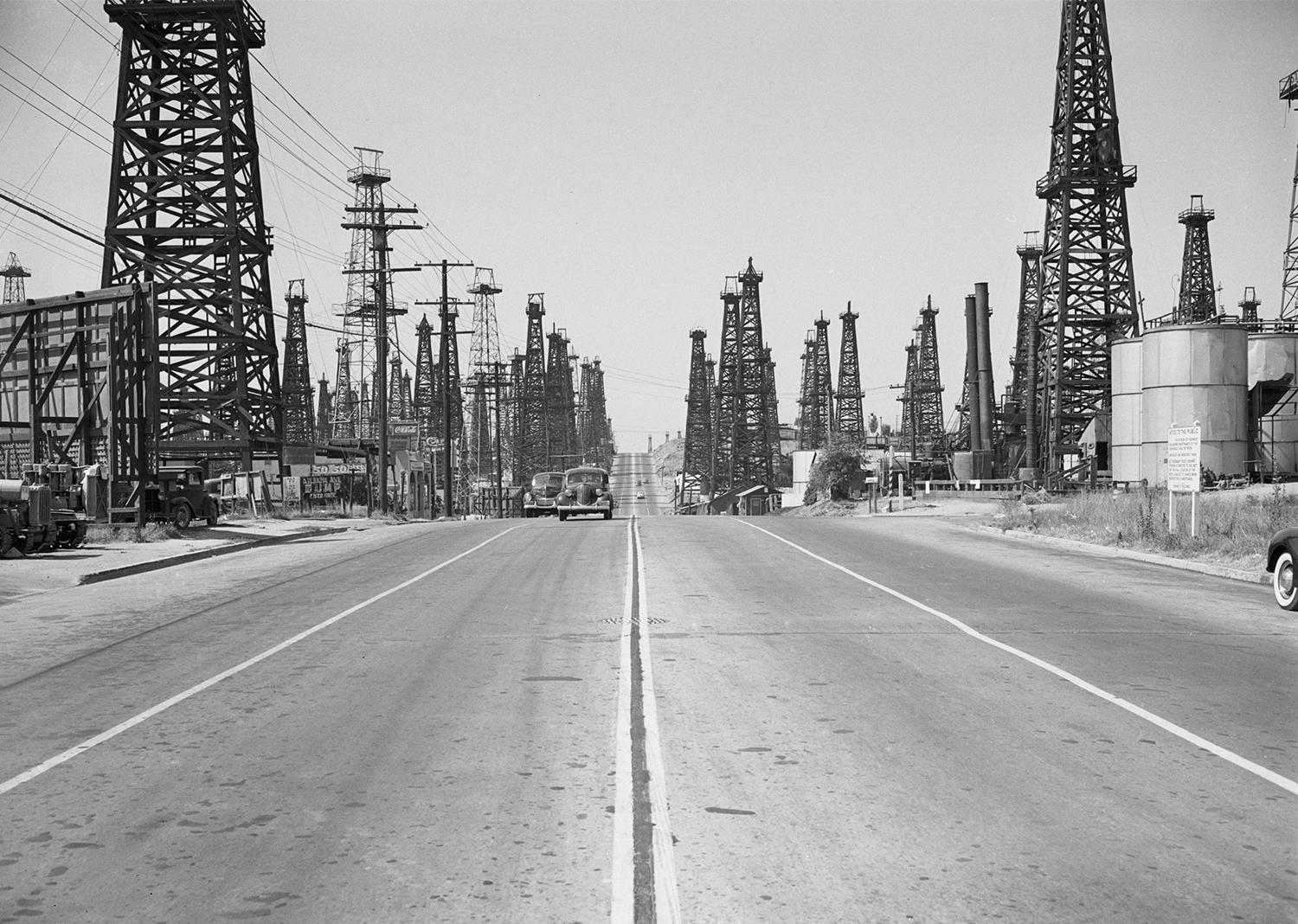 Where’s the next gas stop? 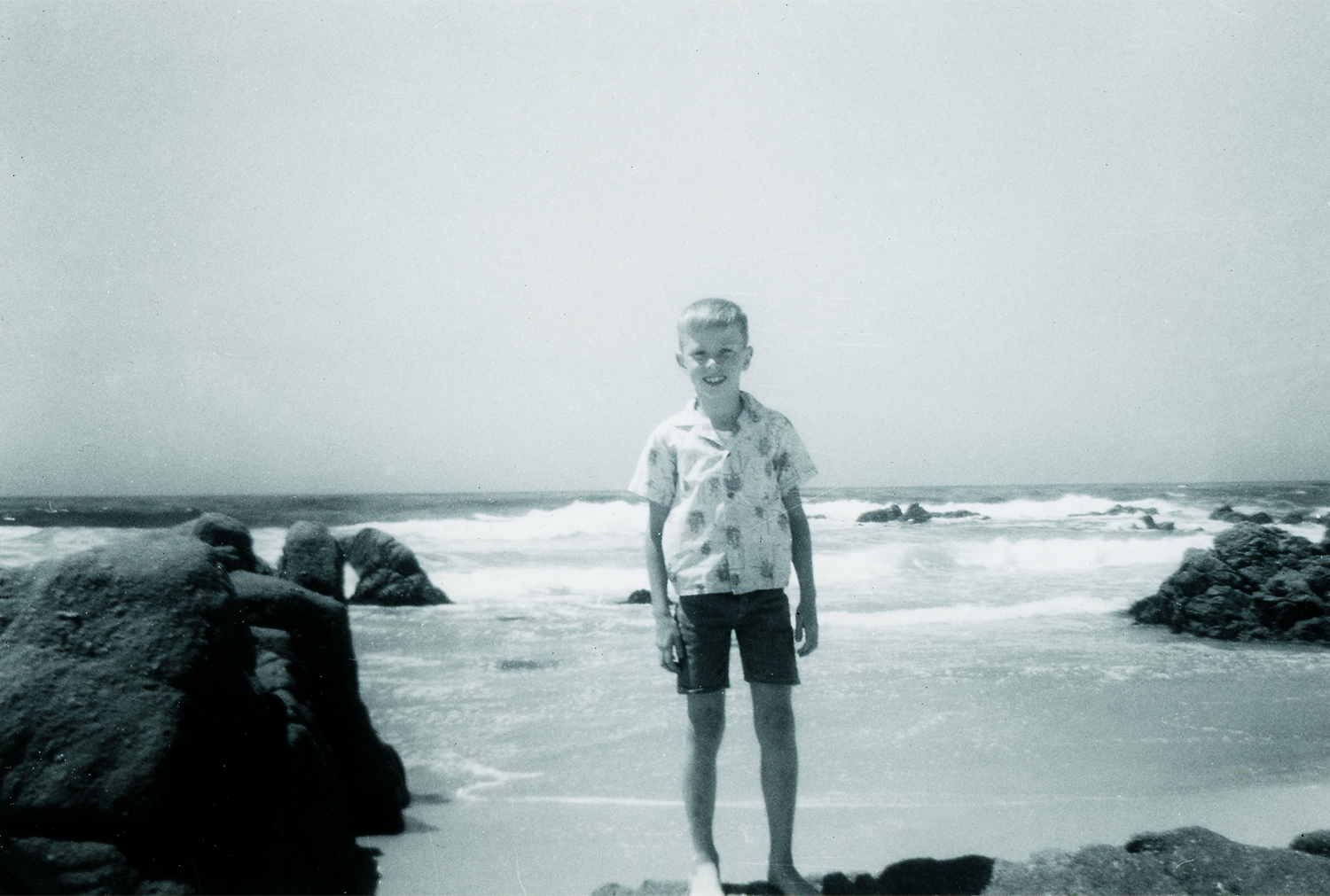 Yes, that’s me back in the ’60’s. A good day at the beach dodging oil slick remnants. 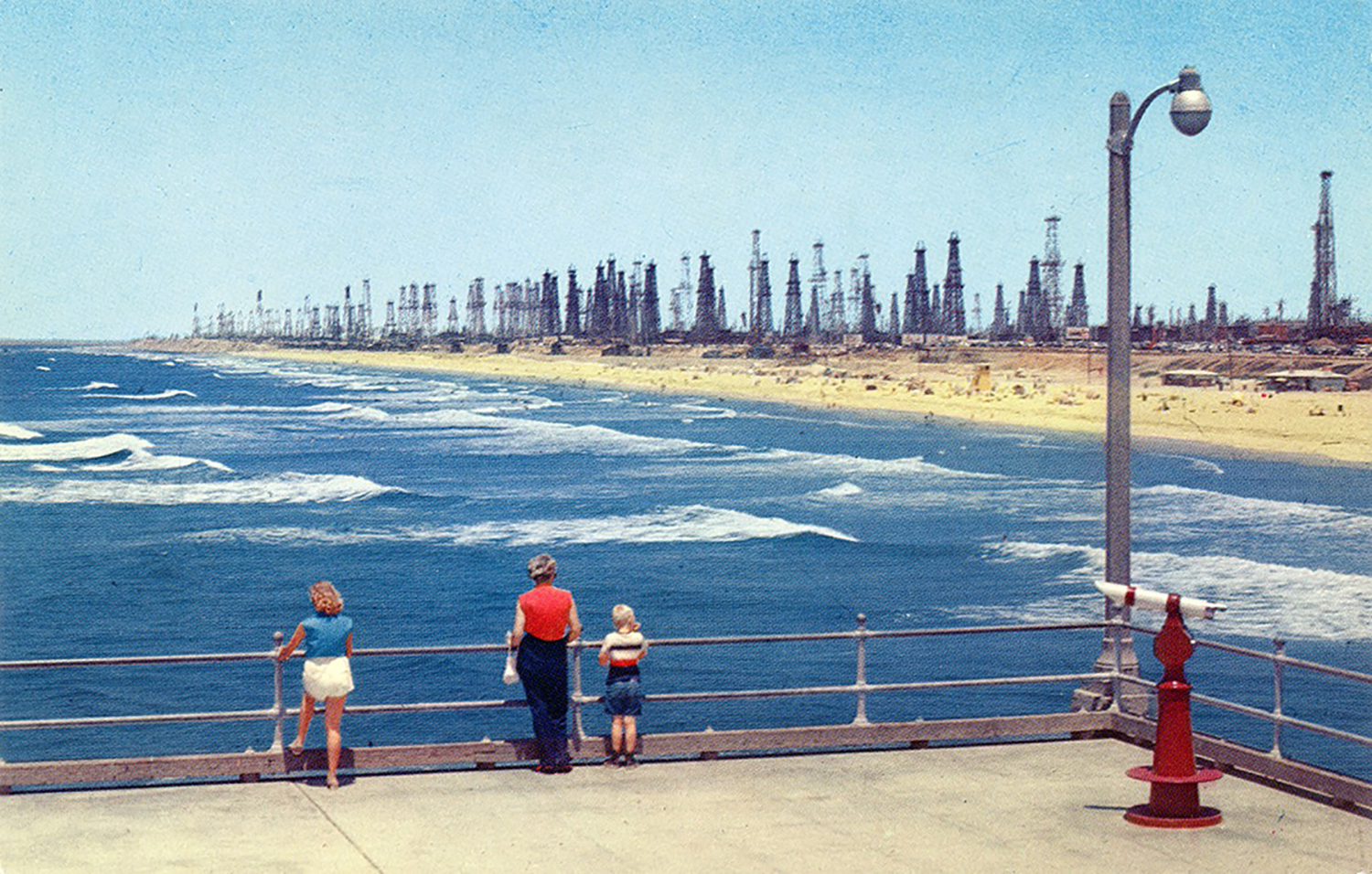 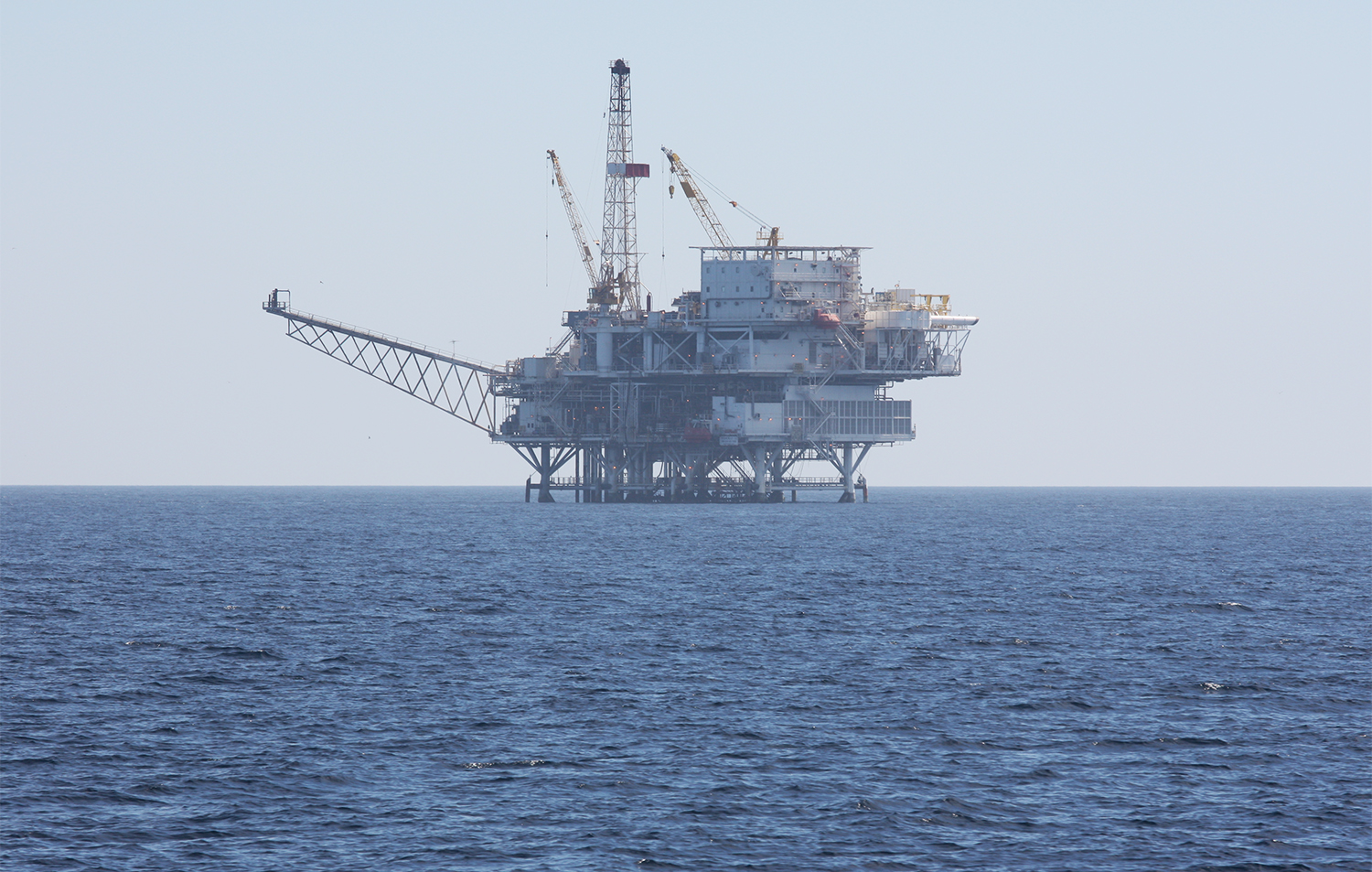 Union Oil’s Platform A, in the Dos Cuadras Offshore Oil Field—the cause of the 1969 Santa Barbara oil spill.