The Murky Future of Our Wild Rivers: 3

Part 3: Bristol Bay, Trolls, and the Pebble Mine

The third and final post of this blog series focuses on a concentration of wild rivers located in Bristol Bay at the northeastern end of the Alaskan peninsula. This watershed supports the world’s largest sockeye salmon fishery, accounting for approximately 46% of the average global numbers of these wild fish. Almost half of the Bristol Bay sockeye salmon production is from the Nushagak River and Kvichak River watersheds, the largest of Bristol Bay’s six major river basins. These pristine areas are teaming with an abundance of fish and wildlife. They are also located near huge copper, gold, and molybdenum mineral deposits.

The Pebble Mine Project in Alaska has been a hot topic of controversy for many years. The first two exploration holes were drilled in 1988, and in 1989 twelve more drill holes, soil sampling, and geophysical survey were completed. The land is owned by the State of Alaska, and mineral rights are held by Pebble Mines Corporation. 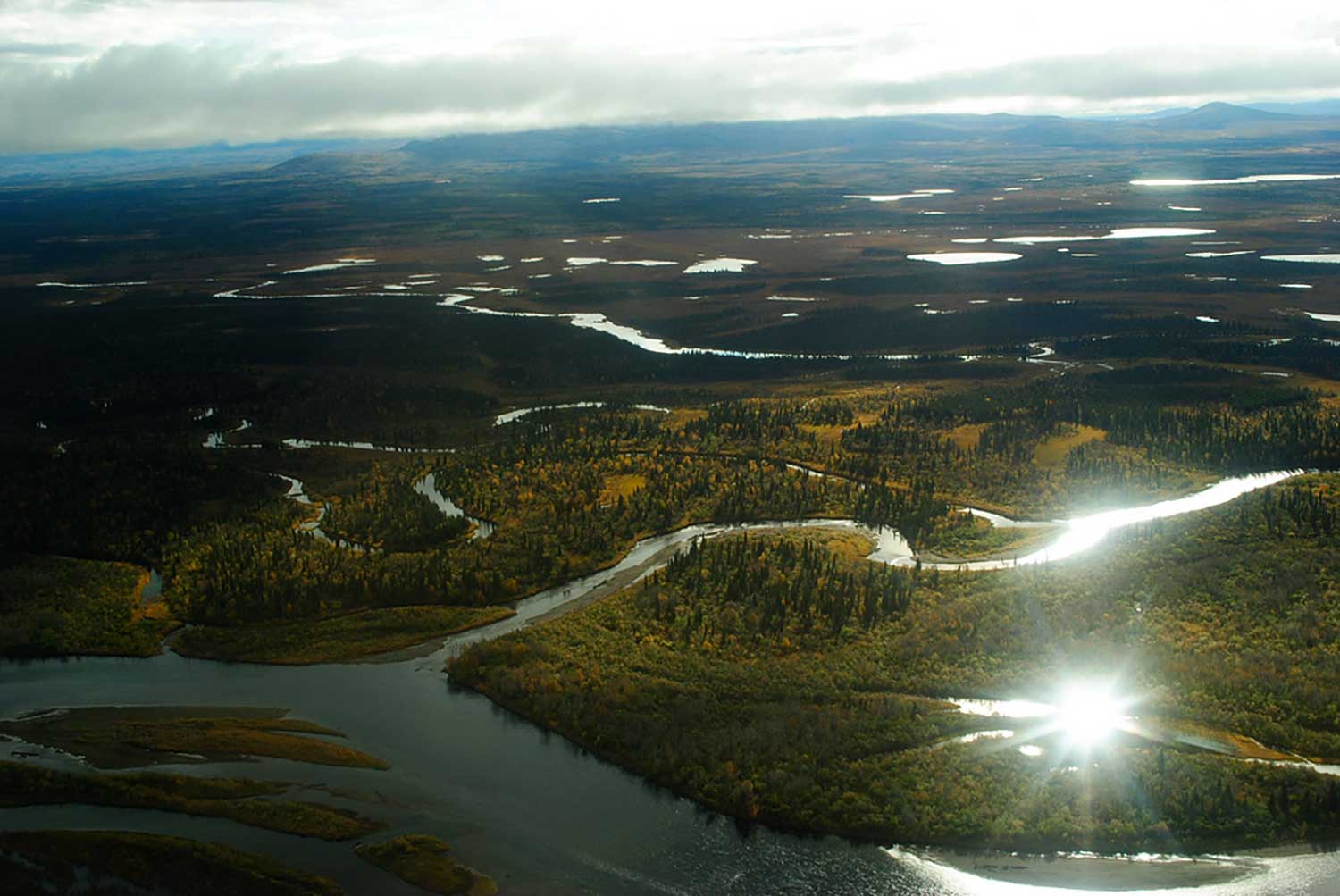 The Mulchatna River lies at the heart of the Nushagak watershed. All five Pacific salmon species spawn in the Mulchatna and its tributaries, including the Koktuli and Stuyahok Rivers.

The Pebble Mine project appeared on my radar a few years ago and I have been following it for quite some time. Recently, I reposted a comment on Twitter by the Natural Resources Defense Council (NRDC is a group of law students and attorneys at the forefront of the environmental movement.) My repost was immediately hammered by trolls, and the comments were ugly, to say the least. Constructive discussion and lively debate were definitely not on their agenda—it was a full-blown personal attack. Several comments stated, “do your due diligence.” This became motivation to dig even deeper into this controversy and analyze the players.

Proponents argue that the mine will create jobs, provide tax revenue to the state of Alaska, and reduce American dependence on foreign sources of raw materials. Supporters point to the Pebble Project Environmental Impact Statement (EIS) presented by the U.S. Army Corps of Engineers. The major players include many pro-business state officials, and an international mining corporation in search of investors. In 2018, then Environmental Protection Agency (EPA) Administrator Scott Pruitt supported the project before he stepped down from his position due to a series of scandals.

Opponents argue that the mine would adversely affect the entire Bristol Bay watershed. They consider the possible consequences to fish populations, when mining effluents escape containments, are simply too great of a risk. Local tribes and commercial fishermen fear the mine could destroy one of the world’s most prolific salmon runs. Thirteen tribes that make up the United Tribes of Bristol Bay, have joined efforts with commercial fisherman, environmental groups, and the EPA to fight against development of the Pebble Mine. 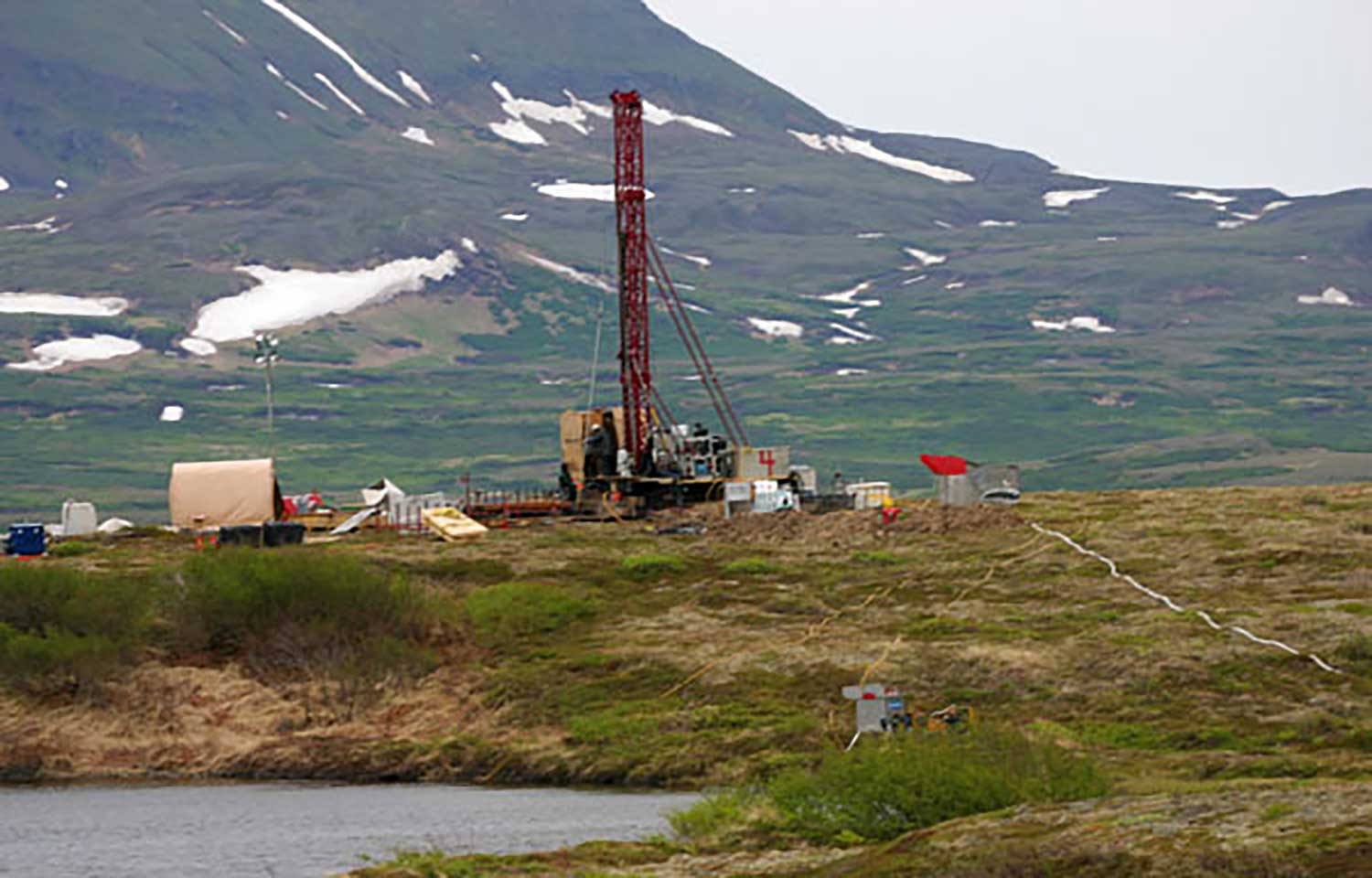 The Alaska Native cultures of the Nushagak River and Kvichak River watersheds— the Yup’ik and Dena’ina—are two of the last intact, sustainable salmon-based cultures in the world. Salmon are integral to their way of life as subsistence food, and as the foundation for their language, spirituality, and social structure.

For commercial fisherman, the sockeye salmon migration into Bristol Bay often exceeds forty million fish. As they migrate into the Kvichak and Nushagak rivers, and travel into tributaries, the sockeye and four other species of Pacific salmon are pursued by commercial and sport fisheries. The value of these industries exceeds half a billion dollars.

Sockeye salmon get their famously bright red color and hooked nose after they return to freshwater to spawn. Bristol Bay is home to the largest run of wild sockeye salmon in the world, with an average annual run of over 30 million fish. This photo was taken on the Wood River, which flows into the Nushagak River just north of Dillingham, Alaska.

The state needs jobs, and the Pebble mine could create more than 3,000 positions. The fishing industry, however, supports 14,000 jobs. Damage to the Bristol Bay watershed would be devastating, both environmentally and economically. The world also needs copper, gold, and other metals. Manufacturing, including new green efforts that focus on solar and wind power, depend on these materials, as well as technological industries. A balance can be struck between mining and environmental concerns, and in many places, this has been proven to be true.

The big question remains: is the largest sockeye salmon fishery in the world, and one of the last regions of wild rivers, the best location for mining?

Two important dates are only a few days away. A comment period for the Pebble Mine Project ends July 1st. You can submit your comment here, or click here for more information. Ironically, July 4th marks the peak of the largest, most valuable, wild salmon run left in America.

Wild rivers sustain a variety of living things, from a trickling brook all the way out to the sea. What happens at the headwaters affects a complex chain of life.

June 19, 2019
The House of Representatives took dramatic and much needed action today by passing amendment #90 to the Energy and Water Appropriations Act (H.R. 2740) bill. If passed by both chambers of Congress and signed by the President, the amendment would prohibit the U.S. Army Corps of Engineers from using funds to issue a permit for the proposed Pebble Mine.
CLICK HERE for full story.

• Feature photo by USEPA (United States Environmental Protection Agency)
Aerial view of braided wetlands and tundra that is typical of the Bristol Bay watershed in Alaska. Upper Talarik Creek (shown in photo) flows into Lake Iliamna and then the Kvichak River before emptying into Bristol Bay. This image is a work of an EPA employee, taken or made as part of that person’s official duties. As works of the U.S. federal government, all EPA images are in the public domain.