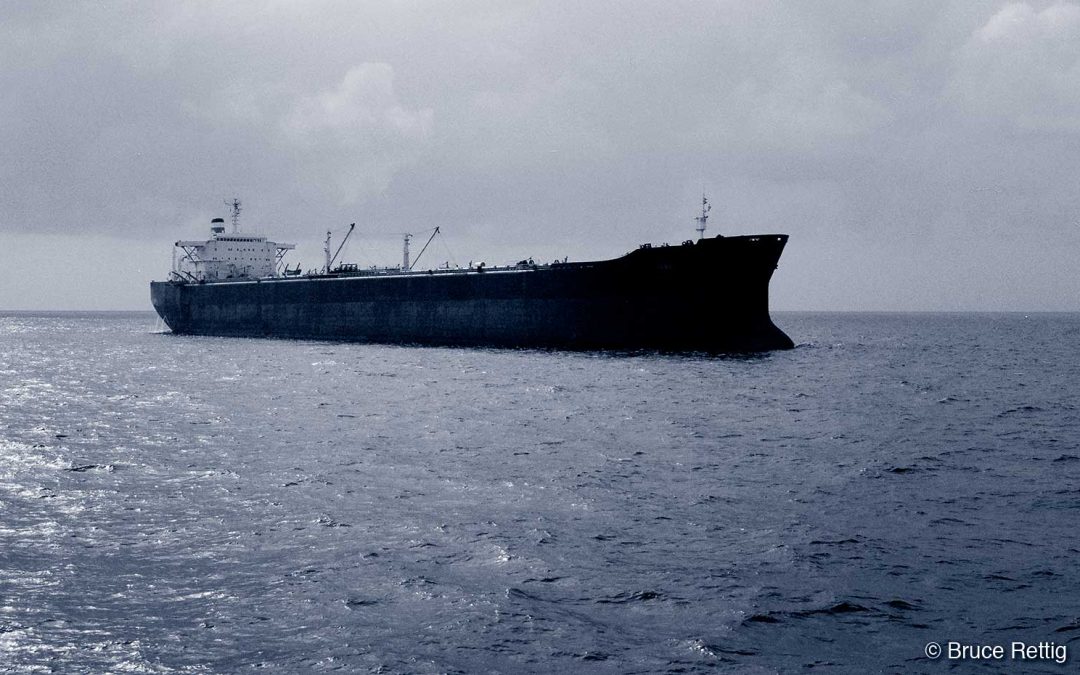 A History of Oil Exploitation

The Lyft driver pulled into the green “Rideshare Pickup zone” of Chicago’s O’Hare Airport on a late Saturday night. I threw my backpack across the back seat, slid next to it, and confirmed my destination. I knew the address but had only been to the city once before. With only a hazy idea of how to get there, I trusted my driver’s GPS and navigation skills. His accent was heavy, but vaguely familiar.

“Where’re you from—originally?” I asked.

He turned and smiled, “Really?”

“Yeah, back in the 80s when I was a merchant marine. We were docked in Port Harcourt for about a week, then sailed to Lagos to refuel.”

The driver laughed, “Hah—Port Harcourt!” So began a half-hour ride into Chicago filled with stories of Nigerian culture, oil companies, activists, pirates, African politics, and of course, a twisting, dark tale of dirty money. The environmental catastrophes that have befell the Niger Delta, and the resulting harm they pose to its people, are difficult to digest to say the least. And unfortunately, the situation has only gotten worse since I sailed to this stretch of African coastline. 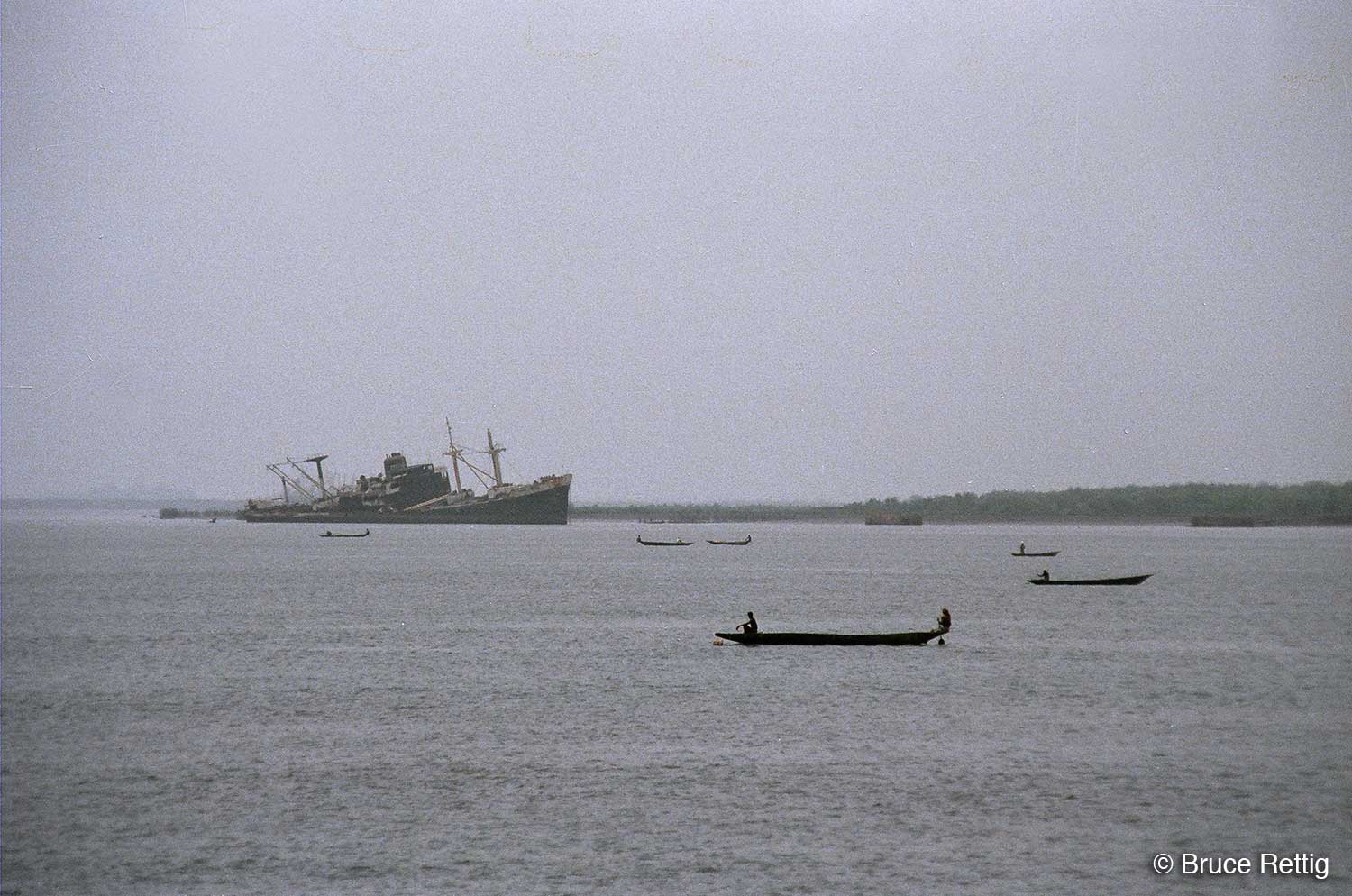 The history of oil exploration in Nigeria dates back to work performed by Nigerian Bitumen Corporation in 1903. The operation concluded at the onset of World War I due to the lack of technological and financial resources. That’s when large oil companies swooped in and took over commercial oil exploration. A license covering 357,000 square miles was awarded to Shell D’arcy Petroleum Development Company of Nigeria, a consortium of Shell and British Petroleum (then known as Anglo-Iranian). The company began exploratory work in 1937, and the first test well was drilled in 1951.

Many Nigerians knew little about the oil company’s efforts, and thought the developers were looking for palm oil. Most African countries relied strongly on agricultural exports to other countries to supply their economy. After nearly fifty years of exploration, Shell-BP finally discovered commercial petroleum in the Niger Delta, and the first oil field began production in 1958. During this time, other non-British firms were also granted licenses to explore for oil, including Mobil in 1955; Tenneco in 1960; Gulf Oil and later Chevron in 1961; and Agip and Elf in 1962. 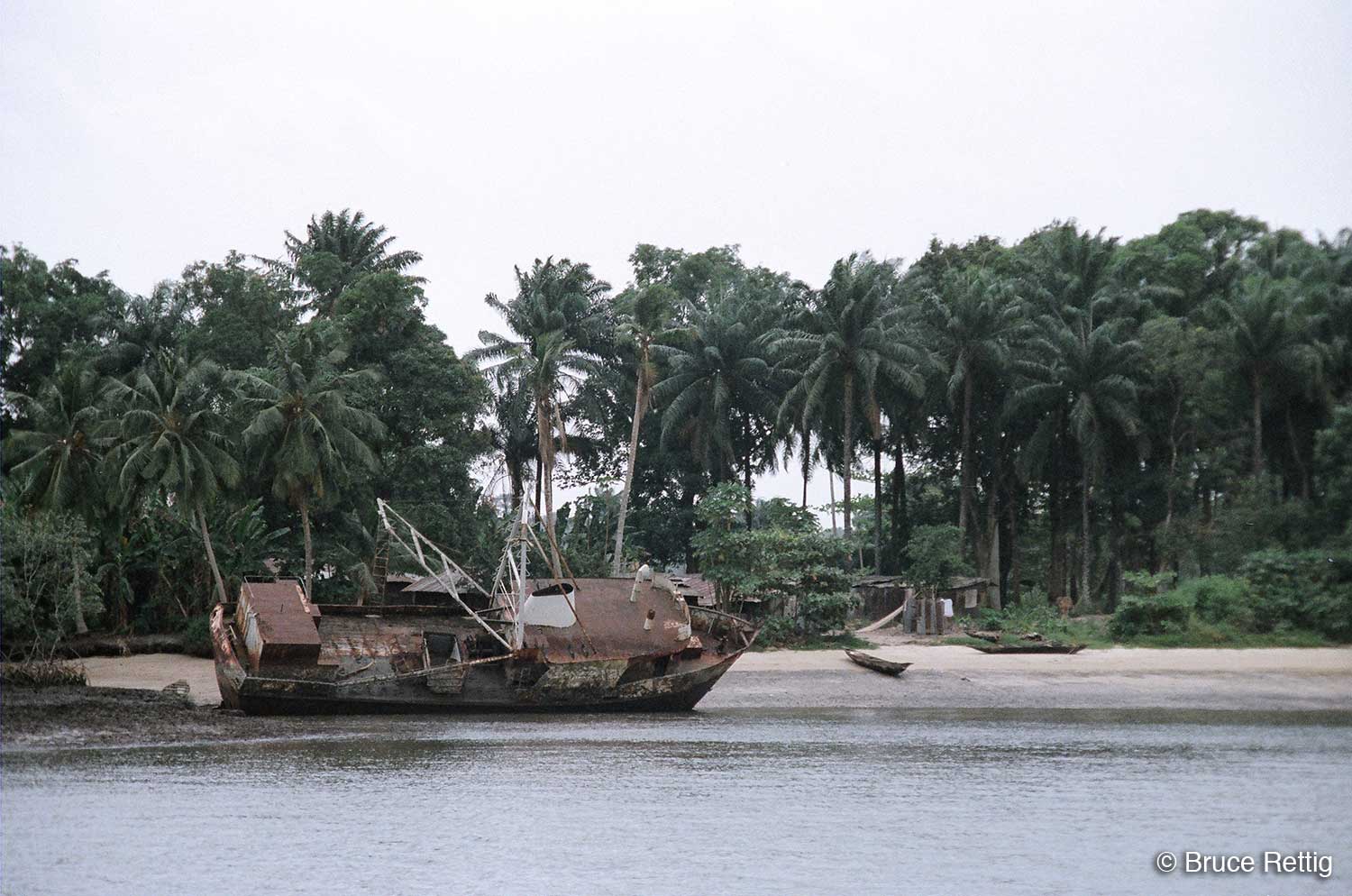 The Nigerian economy should have experienced a strong increase after this development, however it’s been quite the opposite. Oil profits, and a corrupt system have created an unparalleled level of terror and conflict for those living in the region. Nigerian government officials are majority shareholders in the profits, and citizens are not seeing many socioeconomic benefits. In addition, environmental destruction includes large stretches of wasteland that was once prime agricultural land.

I remember sailing up the Bonny River (yes, that really was the name!) in the Niger Delta, to Port Harcourt, the capital and largest city of Nigeria. Rusting ship wrecks lined the riverbanks as bananna boats floated along the water, men waving to us as we sailed by. We had sailed over 5,000 miles from San Juan, Puerto Rico, across the Atlantic Ocean in a 125-foot seagoing tugboat with a barge in tow.

Crossing the Atlantic Ocean in a 125-foot seagoing tugboat with a barge in tow.

Images of that trip, the people I met, flooded my head as we arrived at our destination in Chicago. The driver had triggered a lot of memories and ignited thoughts about the dark history of oil development in this once prime agricultural land. In the next two installments, I’ll touch upon environmental, political, and social issues facing Nigeria, and pay homage to one of its greatest and most beloved writer and environmental activist.

Forbes
Oil And Violence In The Niger Delta Isn’t Talked About Much, But It Has A Global Impact