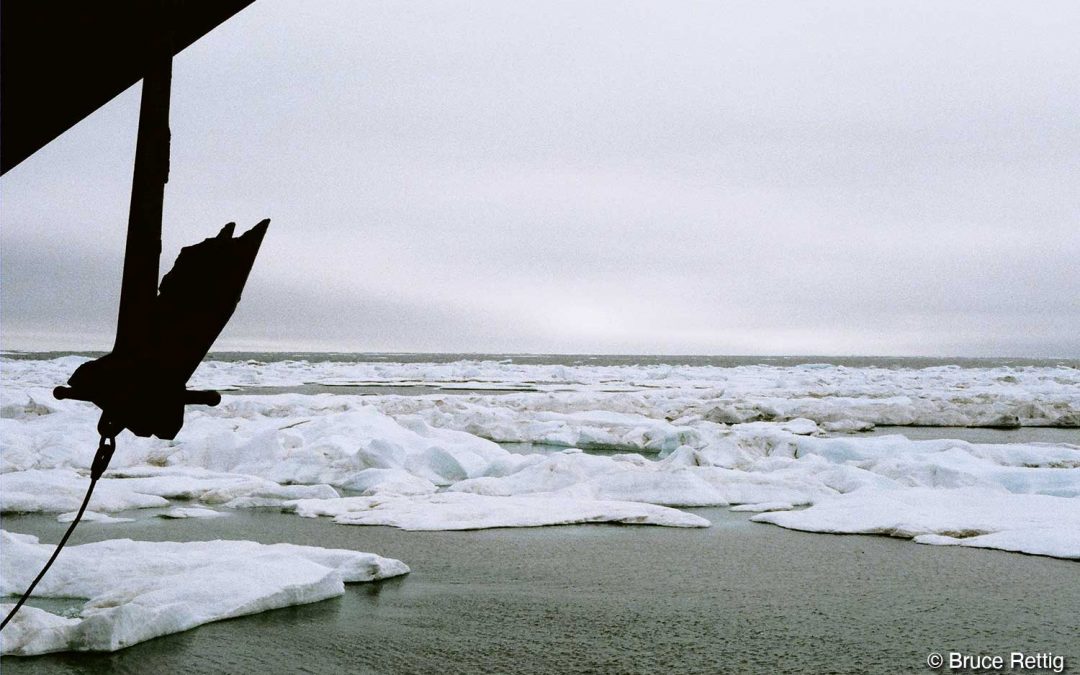 SELF-ISOLATION: those words are now locked into our everyday vocabulary, a result of the coronavirus pandemic of 2020. The world is slowly re-opening for business, but for how long is anyone’s guess. Although face-to-face meetings are still avoided, communication through cyberspace has pulled us through these unprecedented times, glitchy video feeds and all. Email, chats, Zoom conferencing, FaceTime—people remain connected. And there’s always the tried and true phone call. As the days drift by, the situation provides ample time to reflect on the lockdown and what it means to live in isolation.

What if all of these communication options were not on the table, and individuals and small groups of people were truly isolated from the outside world? I mean, really isolated, as in surrounded by an ocean of nothingness. Lately, when trying to analyze and understand absolute isolation, I’ve turned to stories of the sea. Personal experiences from working as a merchant marine, classic sea stories in literature, and tales featured in cinema, are all relevant today.

We sailed across the Atlantic Ocean, the sun muted by Sahara sand storms as we approached the coast of Africa.

One of my first career path explorations included a stint as a merchant marine. I spent time aboard tugboats in the Arctic Ocean off the coast of Alaska, working as a deckhand on marine vessels that pushed barges across waters jammed with ice, and time working the decks of ice-breaking vessels. The crews usually consisted of a captain, mate, engineer, cook, and deckhand. Five crew members who barely knew each other, learned to live and work for weeks and sometimes months together, not knowing when they would set foot back on land. Contact with the outside world relied on a broadband radio. If a passing boat came by, maybe an occasional letter from home, a weeks-old newspaper, or a couple of dog-eared paperbacks might be obtained.

My longest time at sea took place when we sailed from Jacksonville, Florida, then loaded our boat with supplies in Lake Charles, Louisiana, fueled-up in San Juan, Puerto Rico, then crossed the Atlantic Ocean to Nigeria, Africa. Round trip, we logged over 14,000 miles by sea in a one hundred and thirty-six foot tugboat pulling a two-hundred foot barge. With a crew of seven, the nearly four month journey tested the mental stamina and sanity of us all. Hydroxychloroquine, widely discussed during the outbreak of COVID‑19, was taken daily to combat malaria, a common ailment in Africa. It wasn’t until recently that I read the more serious side effects include agitation, mania, difficulty sleeping, hallucinations, psychosis, catatonia, paranoia, and depression. The journey and time of isolation definitely tested the physical and mental stamina of the crew. 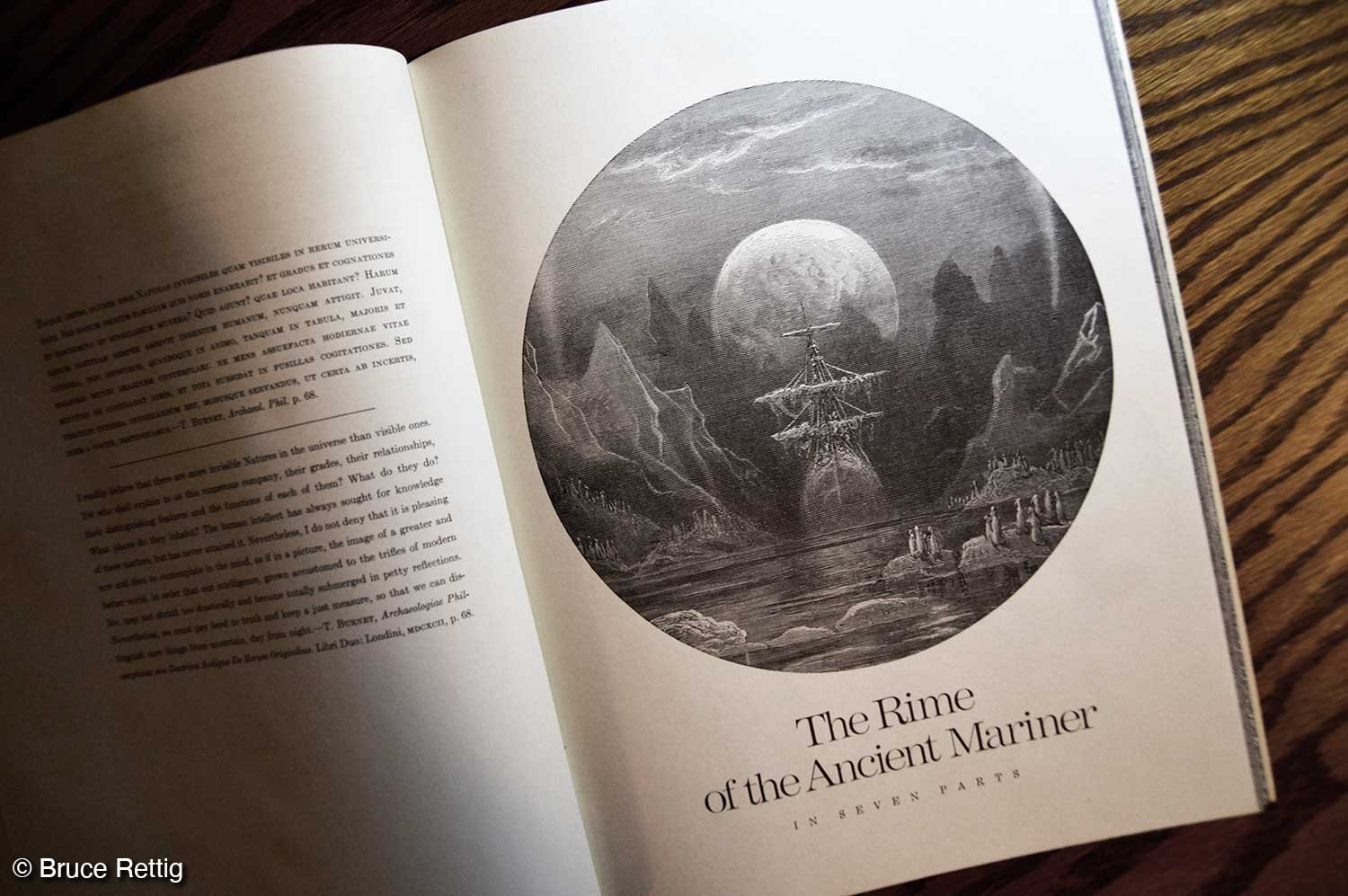 “The Rime of the Ancient Mariner” is the longest major poem by the English poet Samuel Taylor Coleridge, written in 1797–98 and published in 1798.

A classic sea story, “The Rime of the Ancient Mariner,” is a cautionary tale of bad decision-making, seclusion, loss, and redemption with a cost. This long, epic poem is the first great work of English literature that speaks to isolation and loneliness. The piece relates to the experiences of a sailor who has returned from a long voyage at sea. The old mariner stops a man who is on his way to a wedding ceremony and begins to narrate a story of the journey. The wedding guest’s reaction turns from impatience to fascination as the mariner’s tale progresses. The mariner relates the saga, including the killing of an albatross (bad luck), and the crew’s resulting doom and isolation. All is lost at sea except the mariner, who as penance for shooting the albatross and causing the catastrophic voyage, is forced to wander the earth to tell his story and teach its lesson to those he meets.

The message of “The Rime of the Ancient Mariner” is most relevant in the midst of a global pandemic. Today, we are the wedding guests, learning how to survive a treacherous ill-fated journey. And the albatross put around the Mariner’s neck after he killed it, might serve as a symbol of our abuse of the natural world. On a positive note, the end of the poem lends itself to the possibility of redemption, and the strength and power of hope and change. 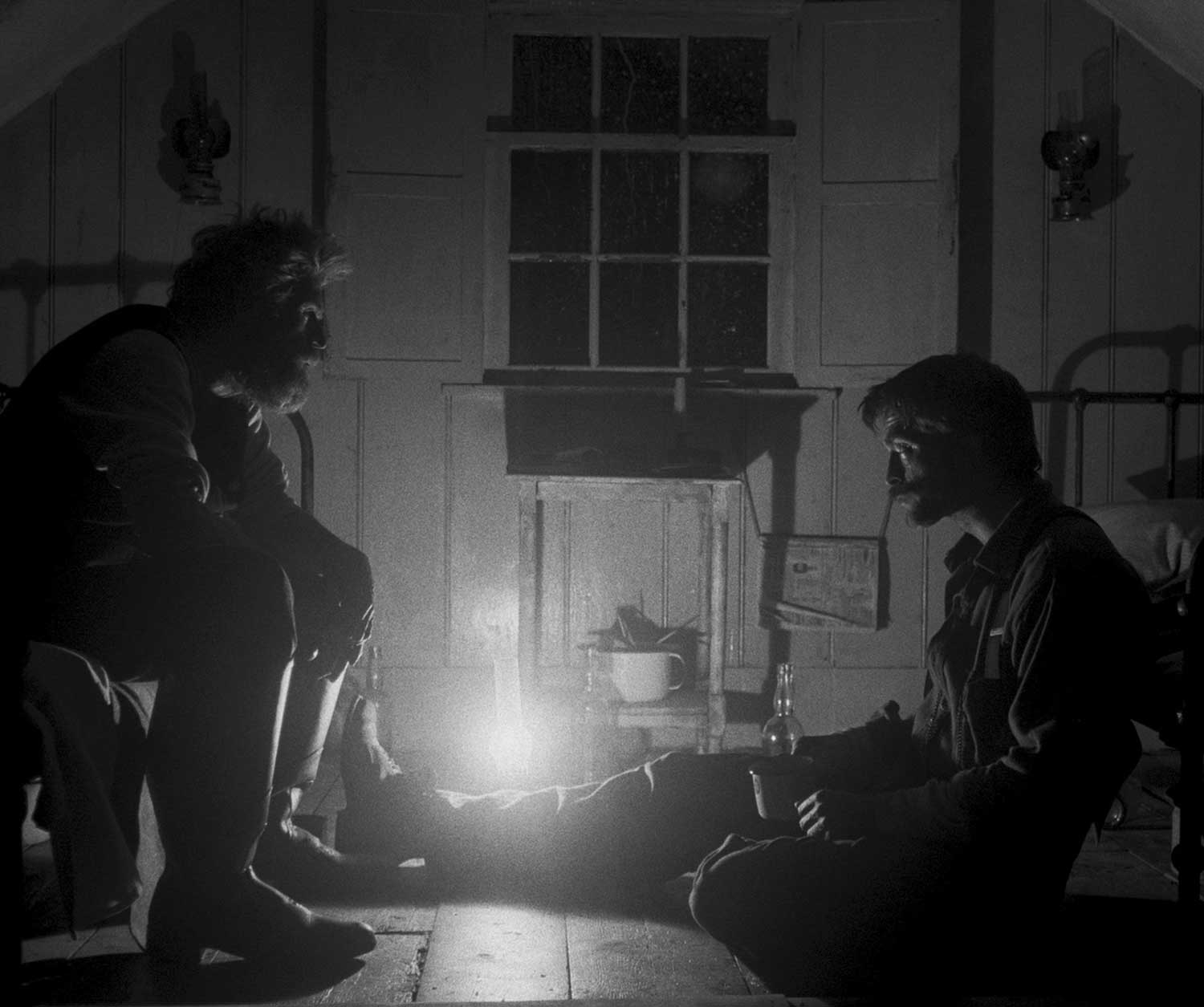 In the 2019 film, “The Lighthouse,” two lighthouse keepers try to maintain their sanity while living on a remote and mysterious New England island in the 1890s.

A recent movie also heavily anchored in the theme of isolation is “The Lighthouse.” This hypnotic and hallucinatory tale of two lighthouse keepers on a remote and mysterious New England island in the 1890s is a psychological masterpiece. When a storm blows in and essentially traps the two lighthouse keepers on this remote island, their sanity slowly drifts away. It doesn’t help matters that they resort to drinking kerosene (a bad idea—kind of like trying to kill a virus by ingesting disinfectants), further accelerating their downward spiral.

The Lighthouse combines mythology and mood to tell a story about people who don’t understand themselves or their lives. A yearning for that knowing (the light at the top of the tower representing all knowledge) combined with solitude and isolation, creates a very dark and disturbing tale. Confined on an island and trapped inside one’s own head, it’s a near-perfect sea story.

We’ll once again find safe harbor when this pandemic passes. It won’t be without challenges, hardships, and loss—but lessons will be learned, much like tales of isolation at sea.