The Murky Future of Our Wild Rivers: 2 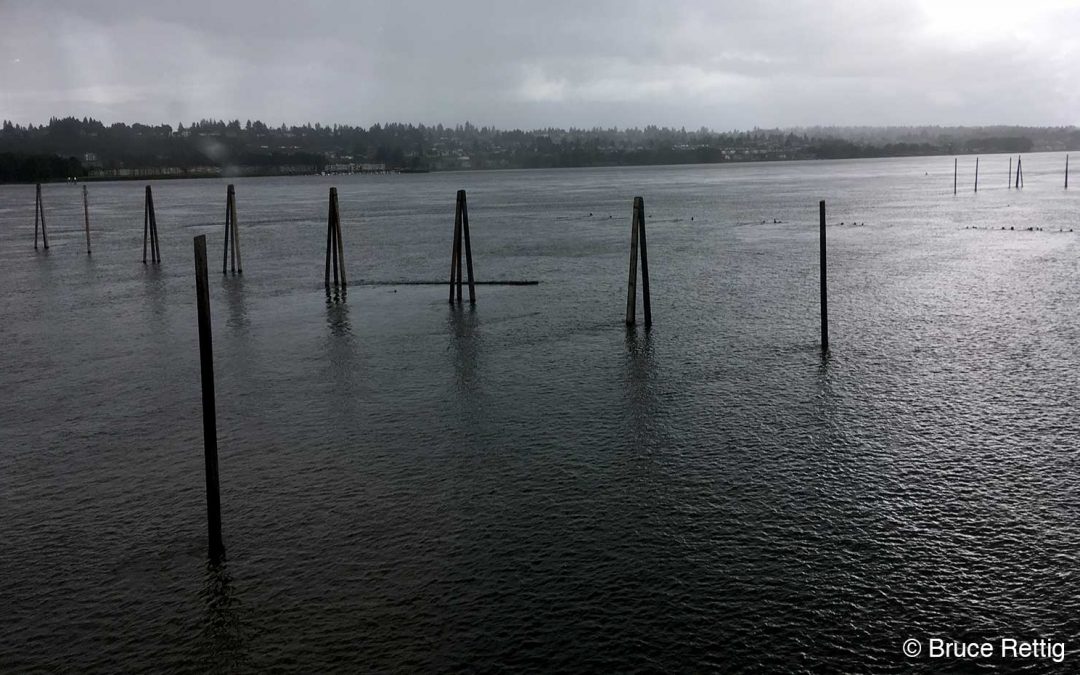 The West Coast’s wild rivers served as the lifeblood of indigenous tribes for thousands of years before the first settlers arrived. Coastal tribes relied on massive migrations of salmon for subsistence, and mountain tribes enjoyed an abundance of trout. These wild rivers, and the people who depended on their bounty, soon experienced devastating impacts when the settlers arrived. Mining operations dammed and diverted water, water channels were re-routed to supply farmlands, trapping decimated beaver populations, nitrates leached into the water from cattle grazing, and unbridled lumbering resulted in washouts and major erosions. The unyielding pressure to these wild rivers took its toll. Then came the dams. 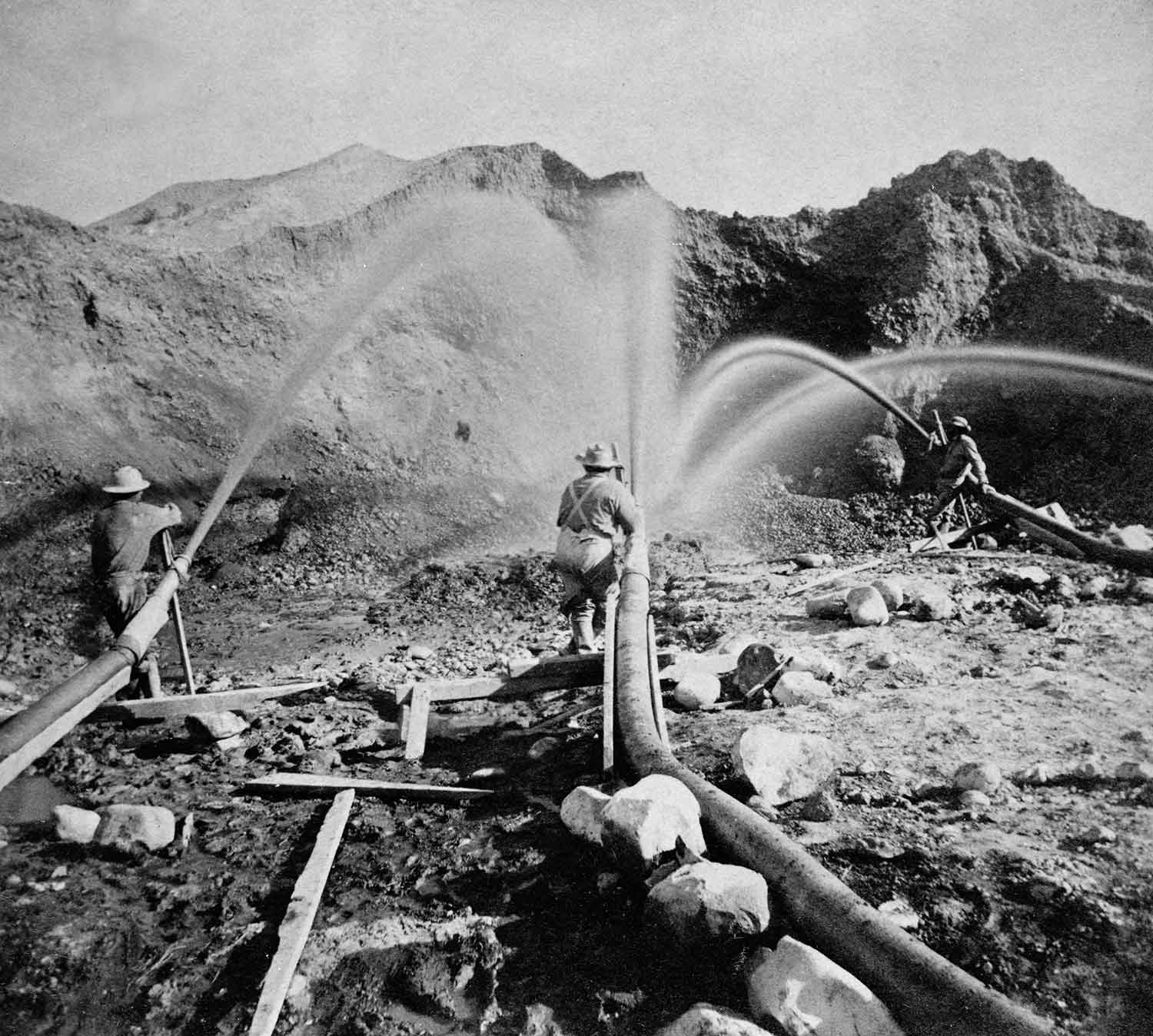 From 1900 to 1950, agriculture became the dominant focus of western states after the gold rush, resulting in an increased demand for water, electricity, and flood control. Private, local, state, and federal agencies began plans for water projects. Following World War II, the “Baby Boomer” era created another major uptick in population growth. In order to meet these increasing water demands, major dams were constructed along the West Coast during the 50’s and 60’s. An example of the proliferation of dam construction can be seen along the Columbia River in Oregon. At one time, salmon ran up the Columbia and its tributaries as far east as Idaho and the northern border of Nevada. There are now more than sixty dams along the Columbia River watershed that block these migrations.

The Klamath River in northern California was once the third largest producer of salmon on the West Coast. But for nearly 100 years, four dams have blocked salmon and steelhead from reaching more than 300 miles of historic habitat, and toxic algae outbreaks have harmed water quality all the way to the Pacific Ocean, more than 190 miles away. Tens of thousands of salmon were killed on the Klamath in 2002 when water deliveries to farmers resulted in deadly low flows downriver.

The situation on the Klamath River is now about to change, with the most significant dam removal effort in history. The Klamath River Renewal Corporation is managing a dam removal project, and plans for the removal of four dams are underway. But when the dams are removed, two major questions remain for the Klamath Basin: How to share water and how to help fish recover. California also faces the significant and difficult task of supplying water for modern urban, agricultural, and environmental demands. Detailed planning and negotiating between multiple agencies and entities is critical in managing the state’s water usage as climate change accelerates. 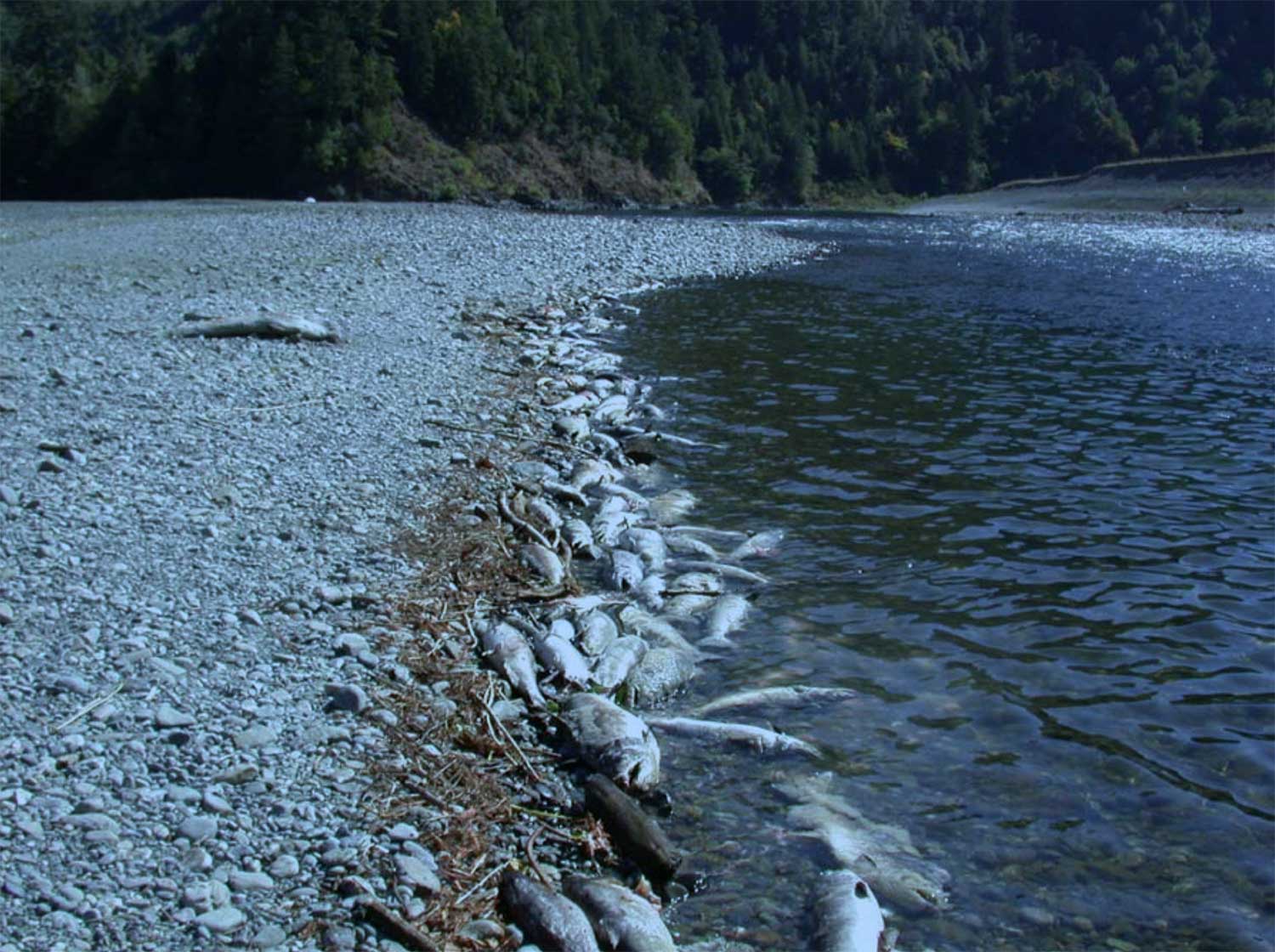 In September, 2018, for the third year in a row, the Yurok Tribe canceled its commercial salmon fishery due to low numbers of fall chinook. In 2002, 34,000 salmon died in the Klamath River in Oregon and Northern California.

Where I live (Lake Tahoe), in contrast to the coastal rivers, the Truckee River flows inland. Winding down into the Great Basin, the Truckee River’s terminus is Pyramid Lake, Nevada, home to the Pyramid Lake Paiute Tribe. This river is a critical element of the local environment and serves as a habitat for a variety of waterfowl, fish, beaver, and other wildlife. In the early 20th century, the Newlands Reclamation Act constructed a diversion that redirected flows from the Truckee River watershed and transferred them to the Carson River watershed. Approximately one-third of the river flow is diverted at the Derby Dam to the Lahontan Valley to irrigate alfalfa and pastures. Like many other western rivers, the Truckee’s water flow is highly regulated. Allocations are designated through a system of water rights set in 2015 by the Truckee River Operating Agreement, and a long history of water right disputes exist. The fights will most likely continue as drought years become longer and more frequent. 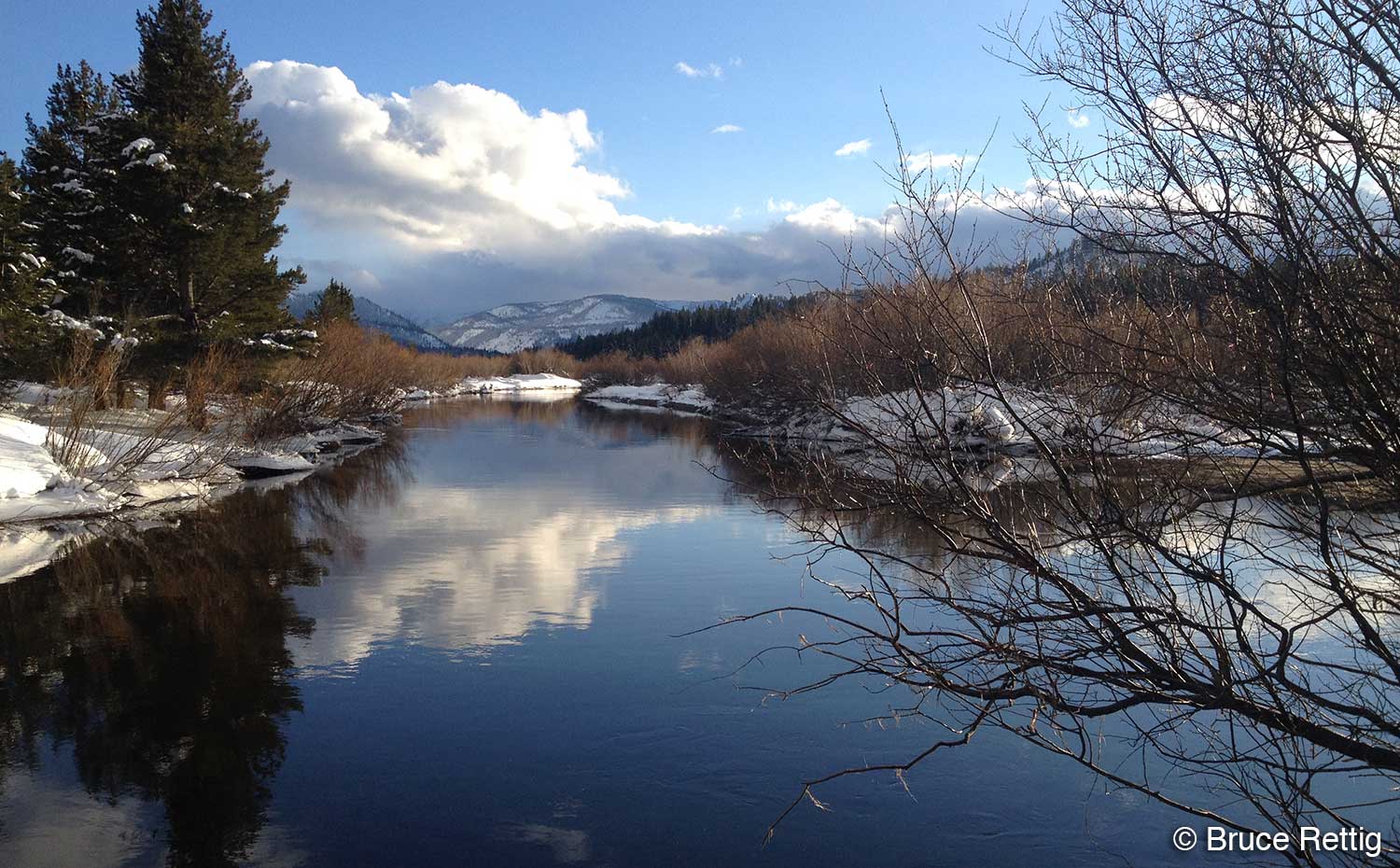 Water is essential for all life, and the majority of the world’s freshwater comes from rivers and streams. While nearly 70 percent of the world is covered by water, only 2.5 percent of it is fresh, drinkable water (the remainder is saline and ocean-based.) And only 1 percent of our freshwater is easily accessible, with much of it trapped in glaciers and snowfields. There is the same amount of freshwater on earth as there has always been, but the population has greatly increased, creating a crisis in the world’s water supply. It’s estimated that only 0.007 percent of the planet’s water is available for over 6.8 billion people.

A river’s ecosystem directly affects the quality of the water we drink. Forests and rivers act as filters, constantly purifying water resources and reducing the need for chemical treatment and expensive filtration systems. Healthy rivers provide habitat for fish and animals, from high mountain headwaters down to their coastal outlets. The health of our wild rivers is critically important in order to maintain environmental balance. Projects like the Klamath River restoration can curb the demise of these vital keystones, but more work needs to be done to protect other vital arteries. Time is of essence.