A Time of Reflection 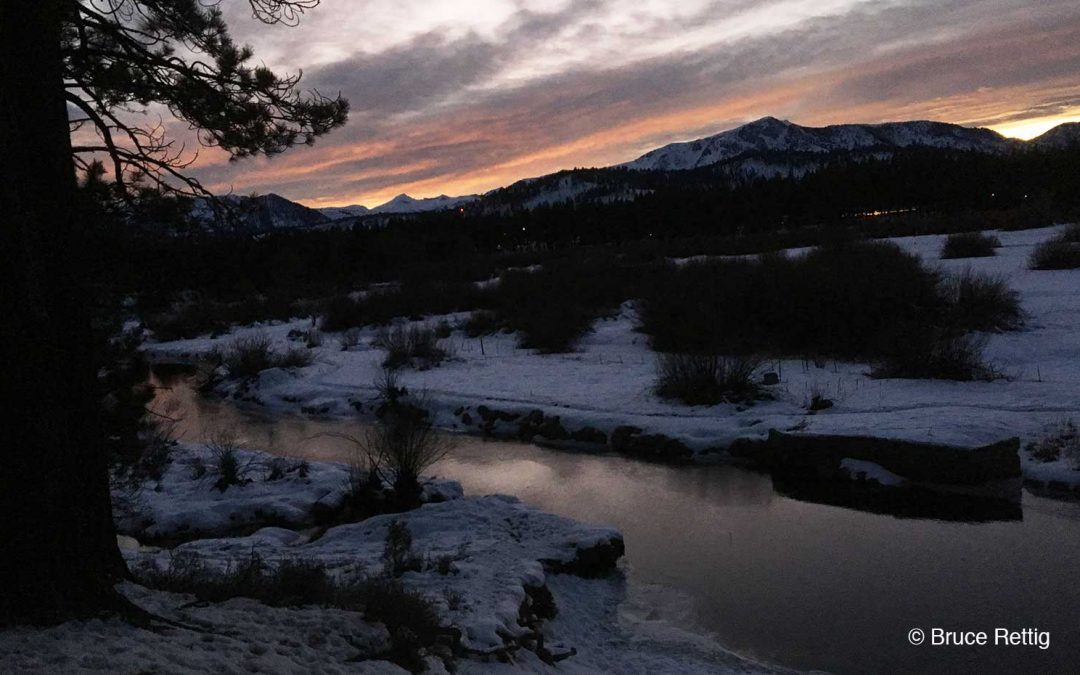 The Upper Truckee River is about a ten-minute walk from the back door of my Tahoe home. It meanders across a wide meadow where coyotes pop up like jack-in-the-boxes and descend upon field mice that scurry between blades of wild grass. The river widens, then empties into Lake Tahoe which holds about thirty-nine trillion gallons of water, enough to cover the entire state of California to a depth of over fourteen inches. The outflow at Tahoe City cascades down the Truckee River, through Reno, and terminates in the Nevada desert at Pyramid Lake—home to the Pyramid Lake Paiute Tribe. Eventually the water evaporates where it will collect with other atmospheric water molecules and fall back onto the earth in the form of rain or snow. All water, worldwide, is part of this ongoing cycle. The importance of maintaining and protecting its quality at every stage is critical.

The Standing Rock Sioux Tribe were referred to as “Water Protectors” in their effort to fight construction of the Dakota Access Pipeline across native lands—a project that could jeopardize the environment in which they lived. Water is life. Although the U.S. president eventually signed an order to advance both the Dakota Access and Keystone XL pipelines, American Indian tribes from across the country united; their strength and defiance drawing worldwide exposure and support. Negative situations most often yield positive results. Everything is connected.

The past two years have been challenging for environmental protection efforts, to say the least. The present administration has reverted to decisions that put the environment into a potential state of calamity—a huge step backward while discarding facts and science. At the same time, however, these actions have increased awareness. The risk of losing something of value, often awakens clearer thinking. At a time when many politicians are caving to big oil and money, heroic efforts by determined environmentally conscious groups are growing in number. It’s not an easy task—positive progression, like a meandering stream, has a lot of twists and turns.

This time of year offers an opportunity for reflection—a time to contemplate past events as we look forward to a positive future, accepting the challenges ahead and meeting them head on. It’s a time to be grateful for the things we have, and the things we hold close to our hearts. I’ve spent many evenings watching the sun set behind Sierra peaks, the Upper Truckee River flowing past where I stand. Fish and beaver swim along the river’s current, coyotes hunt in the meadow, and eagles and hawks fly overhead. The river continues to flow—the water in constant movement. The cycle continues.